Russian Las Vegas puts out its lights: history of Azov-City shutting down 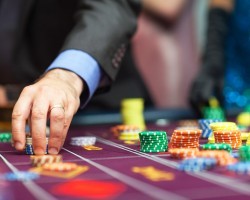 There will be only one place for gambling, Olympic facilities in Sochi, in the Krasnodar Region. The institutions of Azov-City will be liquidated after being opened for five years. The Ministry of Strategic Development, Investments And Foreign Economic Activity of Krasnodar Region has prepared a resolution that will result in termination of gambling licenses as well as changes in designated purpose of land plots developed by the investors of Azov-City. It will be implemented starting from April 1, 2015.

During its existence, Azov-City has shown that people will play, even if casinos are located in the "open steppe." Now, they have decided to close a thriving business without a good reason, contrary to prudence and with an impressive damage to the budget.

Gambling market in Russia: a picture of nowadays

Only eight years ago, scales of the Russian gambling business were astonishing. In 2007, the auditors of Price Water House Coopers estimated this market at $ 4.6 billion. It was the second largest market (after the United Kingdom) among the countries of Europe, Middle East and Africa. In 2009, the Russian authorities decided to limit the gambling business by localizing it in special zones. Lawmakers were guided by good intentions: to clear the Russian cities of casinos that popped up like mushrooms after a spring rain and to develop other regions by means of gambling. This explains the choice of sites for construction of the future residences "in the open steppe," as far away from city lights as possible.

Thus, the infrastructure, roads and other communications were actively built over these years in six gambling zones.

1. Yantarnaya. Infrastructure of this zone is currently under an active development. Royal Time Group is an investor. The amount of investments is estimated to reach RUB 45 billion.

3. Primorye. The construction works are at the final stage. This zone is scheduled to be open in May 2015.

4. Crimea. At the moment, it is under consideration. Now, they are actively seeking for investors and optimal place for its location. Most likely, it will be the Southern coast of Crimea.

5. Sochi. It should become a successor of Azov-City after the liquidation of the latter. It is now under active discussions as regards aspects of its construction.

6. Azov-City. Currently, it is an operating gaming zone whose investors are Royal Time Group and Shambhala. There are such casinos as Oracle, Nirvana and Shambhala on its territory.

Azov-City is the first gaming zone in Russia

Among all the above described, Azov-City has been the most successful and developed gaming zone within 5 years. Royal Time Group, a Kazan company, built the first casino Oracle in January 2010. Four years later, there existed three sets of buildings with a total area of 7, 900 square meters including new halls, casinos with 40 gaming tables and 850 slot machines, a hotel with 90 rooms and a centre of SPA-procedures. In total, Royal Time Group invested RUB 2.3 billion and as practice shows, not in vain: both attendance and tax deductions in the budget grew year by year. For example, in 2013, the number of visitors reached 400, 000, in a year - 600,000 and the organizers expected to attract one million players this year.

Shambhala is the second operator working in Azov-City. It is also an owner of two casinos: Shambhala (opened in 2010) and Nirvana (opened in 2013). Even at the end of last year, the second stage of Shambhala was actively constructed. The plan was to increase the area of the casino to 18,000 square meters, to build restaurants, concert venues and a five-star hotel with 120 rooms. It was planned to invest about RUB 1.5 billion.

As one can see, Azov-City development was gaining momentum. Until last summer, when they issued the document On Amendments to the Federal Law On State Regulation of Activities on Organization and Conduction of Gambling and On Amendments to Some Legislative Acts of the Russian Federation. It resulted in talks about the liquidation of Azov-City due to opening of a gaming zone in Sochi.

Sochi is given top priority

German Gref, a head of Sberbank, had an idea of a gaming zone in Sochi. Today, Gorky Gorod resort being the most expensive property in Krasnaya Polyana will be under the control of the largest state-owned bank. There are four five-star hotels with a total cost of RUB 80 billion. The resort is designed for 6.5 thousand visitors. According to the CEO, Leonid Terentyev, in winter Gorky Gorod is filled by two-thirds, and in summer this figure will be even less, so the resort can reach its break-even point only in three years, if there is enough vacationers. The nearby resort Rosa Khutor also counts on this.

The Ministry of Finance tried to prevent the closure of Azov-City providing the fact that it would be necessary to pay compensation to investors and to cover the costs of the region’s infrastructure. All these expenses in the sum with legal fees would cost RUB 10 billion to be taken from the federal budget. Therefore, it would be better if two gaming zones could operate. However, the document did not receive adequate support, and its text subsequently disappeared from the website of the Ministry of Finance.

What are reasons for the closure of Azov-City being successfully operating within 5 years? Is it a desire to revive interest in the Olympic Park, or get rid of a competitor, or a need to follow the law stipulating only one reservation in the same region? Well, several versions may be mentioned.

The number of personnel of Azov-City is up to 2.5 thousand people, including locals, and all of them, after the closure of the gaming zone, will lose their jobs. Moreover, the budget will lose RUB 10 billion of annual income. In addition, such a decision may affect the reputation: investors will not invest in the construction of casinos, because they may be closed in five years.

Until the last moment, Shambhala and Royal Time believed that a new zone in Sochi would be created, but it would not cause the destruction of the already existing ones. However, the lights of Azov-City will begin to fade in April and they are likely to be turned off forever.

You have an opportunity to learn more details about the causes and consequences of the closure of Azov-City, as well as other important events and aspects of gambling first hand from founders of zones and participants at Russian Gaming Week (RGW), an international gaming and entertainment exhibition and forum, which will be held this summer, on June 3-4 at Sokolniki Exhibition and Convention Centre.

Please rate this news:
(104 votes, 3.68 out of 5 stars)
Previous publication
Next publication
Sign up to receive news