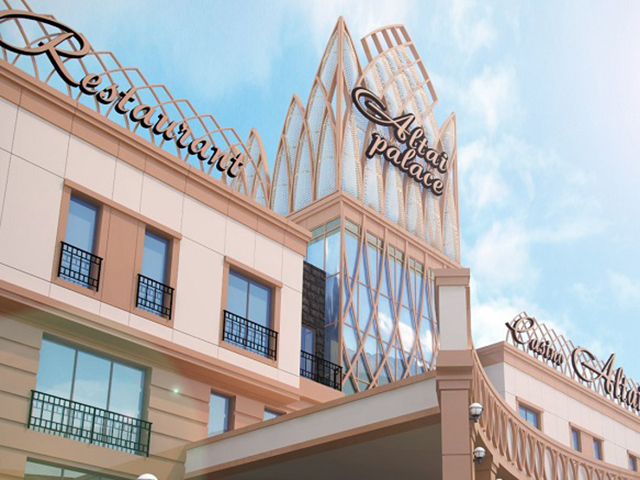 Altai Palace is the first official casino on the territory of the gambling zone "Siberian coin". The entertainment center is located away 20 km from the Gorno-Altaysk Airport.

Rechka noted that "Siberian coin" is at disadvantage comparing to other gambling zones (in Sochi and Kaliningrad) because of its problems with the infrastructure and communications. For instance, there is no sealed road and the nearest town is 35 km away.

“Sochi has the sea, an international airport, five-star hotels, Kaliningrad colleagues are close to Europe, on the shores of the Baltic Sea”, said Igor, “The casino in Primorye is focused on China and, from a strategic point of view, it is the right decision”.

He also explained the main task of the Altai gambling zone: “The Altai zone is the most difficult among all the Russian gambling zones. It should be built in such a way that people would like to get into their cars and go thousands of kilometers to have a holiday there”.

The director expressed his opinion regarding challenges faced while attracting investments in “Siberian coin". According to him, it isn’t easy to find an investor who would agree to spend several billion on business with an uncertain payback period. Besides, there are political risks and negative stereotypes about Russian casino of noughties when the gambling business was associated with criminals.

“In order to attract investors in the Altai Krai, we need to, first of all, build the roads”, said the director at Altai Palace.

Regarding development prospects, he added the following: “I doubt that “Siberian coin” will become a famous place among tourists from Moscow, St. Petersburg and foreigners. It is an achievement to simply become a popular casino in the Urals”.

“Development of the gambling zone “Siberian coin” depends of sponsors. But I think that it will definitely become a cool entertainment center at the local level”, concluded Rechka.

Please rate this news:
(60 votes, 3.68 out of 5 stars)
Previous publication
Next publication
Sign up to receive news