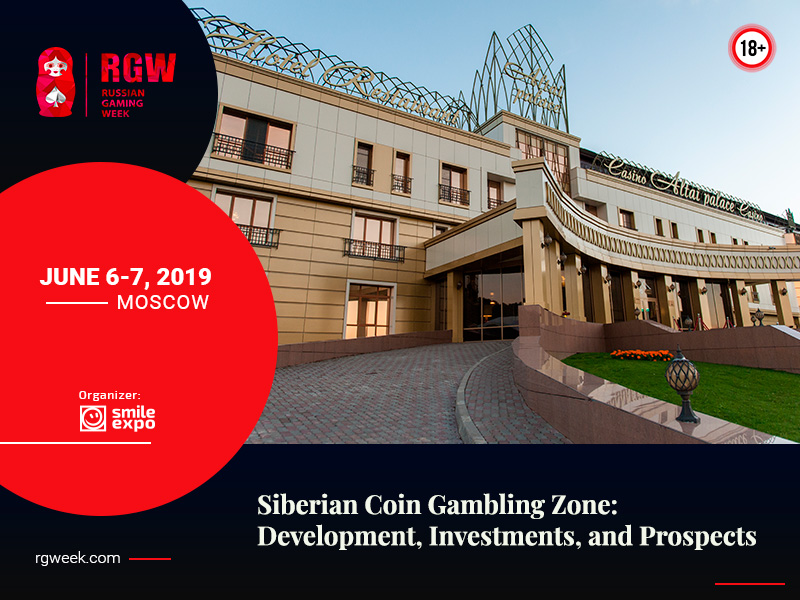 Siberian Coin gambling zone is an official integrated entertainment zone (IEZ) located in the Altai Territory. The gambling zone was established in 2009 according to the decision of the Russian Government.

Let’s find out how Siberian Coin has been evolving, how it looks like today, and how it plans to operate in the future.

Siberian Coin lies 280 kilometers away from Barnaul and not far from the tourism and recreation complex Biryuzovaya Katun. Not incidentally, this location was chosen for the IEZ. Thanks to the developed tourism base, it was possible to reduce expenses on the infrastructure and allocate funds to the construction of buildings.

Today Siberian Coin occupies the total area of 2,304hectares. The opening of the gambling zone and the launch of the first casino Altai Palace took place on November 1, 2014.

When the IEZ was opened, two floors of Altai Palace had been built, housing 15 gambling tables, 20 slot machines, and 3 VIP parlors. Besides, a hotel and a small adjoining restaurant started their operation.

Today Altai Palace casino is the only resident of the IEZ. The agreement with the second possible resident, the Royal Time Group’s subsidiary RTG Sibir, was terminated due to non-compliance with conditions. The company rented a piece of land back in 2014 and planned to start the construction of a casino and entertainment facilities, but did not do anything.

Today the construction of buildings adjoining Altai Palace and additional hotels is underway. The expanded IEZ is expected to fully open in 2019.

Investments in the first and for now the only casino Altai Palace have reached around 1.3 billion rubles. The general manager of Altai Palace Yevgeny Kosykh believes that investments should pay back within 7-10 years after the launch. In February of 2019, the governor of the Altai Territory Viktor Tomenko reported that Siberian Coin had already managed to return 25% of invested funds.

Besides, in early 2019 it has been said that a new investor is planning to invest around 3.6 billion rubles in the gambling zone. Officials of the IEZ are negotiating with the company, the name of which is not disclosed for now.

In 2016, the region’s tax revenue reached 34.4 million rubles, and in 2017, the gambling facility paid around 60 million rubles in taxes.

In 2018, tax revenue equaled to 85 million rubles, 60 million of which went to the region’s budget.

Overall, the total sum of allocations to budgets of different levels exceeded 198 million rubles over the entire period of Siberian Coin’s operation.

The future of Siberian Coin

According to the information on the official website of Siberian Coin, the gambling zone is planning to open several hotels, a number of guesthouses, and a big VIP complex called Russkaya Derevnya (Russian Village).

Besides, the construction of the new road leading to the gambling zone is expected to end by October 1, 2019. The construction contract was signed with the State Unitary Enterprise South Eastern Road-Building Bureau. The government procurement expenditures will reach 157.69 million rubles. Funds will be allocated from the regional budget.

Moreover, representatives of the IEZ plan to setup a chain of bars and restaurants with different cuisines, theaters, cinemas, dance floors, an ice skating rink, and a waterpark.

Please rate this news:
(101 votes, 3.79 out of 5 stars)
Previous publication
Next publication
Sign up to receive news