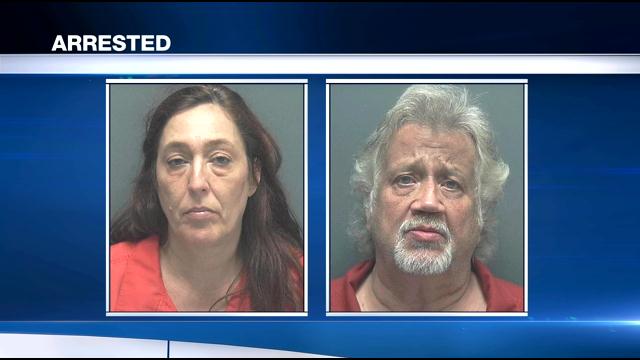 We are digging deeper into an illegal gambling bust in North Fort Myers.  A bar owner is accused of operating casino-like machines and cashing out customers who play it.

Ruthann Fields and John Cunningham were arrested during the raid.  Many people tell us they had no idea what was going on.

"It just looks like a bar that old people go to," Brittany Hotz said.

State agents raided Fisherman's Pub as part of an illegal gambling bust -- serving a warrant on Thursday.  Brittany Hotz has been to the bar a few times, but says she never noticed illegal gambling or gambling of any sort.

"No, I haven't heard of anything like that," Hotz said.

We found out Ruthann Fields and the owner, John Cunningham, were arrested on Thursday.  Fields works at the pub and is accused of cashing out a ticket from one of the gambling machines.

Reports revealed three casino-like machines were inside Fisherman's Pub.  The devices would print out tickets -- which showed no cash value.  But the tickets could be turned in for money at the pub or next door at the deli -- which Cunningham also owns.

The same deli tried offering us a sandwich on Cunningham's behalf.

"He said you give this to them, and tell them we make the best subs in North Fort Myers," a deli worker said.

We refused and asked to talk to Cunningham.  But the owner wouldn't speak to us on the phone or on camera.

A similar offense happened just days ago at The O Bar in Cape Coral.  The owner was charged with having four gambling machines and paying out winnings to customers.  We tried stopping inside, but we weren't able to speak with the owner or managers on site.

Both owners in the separate illegal gambling rings have been charged with establishing a gambling place.  Both bars are still open.

Please rate this news:
(91 votes, 3.67 out of 5 stars)
Previous publication
Next publication
Sign up to receive news