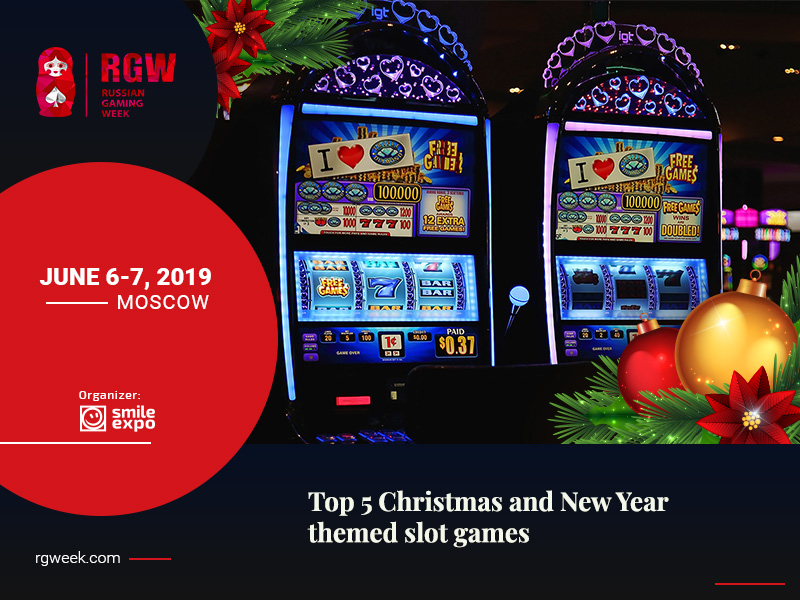 Themed slots are already available on different devices. Look through the list of five top slots below.

The five-reel slot has four rows of symbols and 40 paylines. The elf image is a wild symbol. Players will also see such images as gingerbread houses, Rudolf deer, missis Claus and Santa Claus.

The slot offers several bonuses, for example, Selfie Elfie Respins that launch during the base game randomly. Besides, when 3 scatter symbols featuring the game’s logo land on the first, third, and fifth reels, the player receives 8 free spins.

The maximum payout of the Christmas slot is 20,000 coins.

LeprechaunCarol slot produced by Pragmatic Play is a Christmas version of the Leprechaun Song game released in August of 2018.

The new slot combines Irish legends about leprechauns with the Christmas theme: the main character is a young sorcerer, and falling snowflakes create festive atmosphere for the game.

Leprechaun Carol has 5 reels, 3 rows, and 20 paylines. The gold image is a scatter symbol, and the rainbow image is a wild symbol.

The game offers different free spins and new bonuses. For example, RainingWilds – several wild symbols land on the field, and Picka Fiddle Feature – a player can choose one of the leprechaun’s fiddles and get a prize.

Push Gaming has created Christmas atmosphere in the new video slot Fat Santa. Deer, Santa Claus, Christmas tree decorations – these images will form prize winning combinations and the reel will spin against the background of a snowy landscape.

The slot has 5 rows and 50 paylines. The wild symbol is the image of Christmas pie. Combined with Santa image, it will bring the player free spins.

During free spins, reels are spinning in a decorated house and Santa watches what is going on and eats the pies that land on the reels.

The Christmas game creates a festive feeling, as the Nutcracker, a festive train, and Christmas decorations appear on the screen. The new slot gives 15 free spins, original bonuses, and 4 jackpots.

The wild symbol is the Christmas tree image, and high-paying symbols include images of the train, a teddy bear, and a drum. The return to player is 97.88%.

Read more about the gambling industry

Please rate this news:
(96 votes, 3.81 out of 5 stars)
Previous publication
Next publication
Sign up to receive news