Future of Japan's Gambling Legislation To Be Decided in April 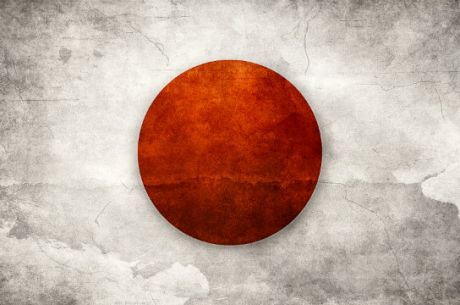 The destiny of Japan's casino bill may lay in the hands of the voters in April's municipal elections, as many believe that the country's Prime Minister Shinzo Abe plans to wait until then before giving the decisive push to the legislation that will allow casino gambling in Japan.

Strongly supported by Japan's ruling Liberal Democratic Party (LDP) and by Abe himself, Japan's casino legislation was one of the hottest topics in the gambling industry during 2014. If approved, it is set to launch what analysts estimate will become the world's third-biggest gambling market after Macau and the US.

Although a number of international gambling operators have already expressed their strong interested to invest in Japan, contrasts within the government coalition, the dissolution of the government in 2014, and more urgent issues to discuss have obliged Abe to push the bill off the agenda for some time.

Earlier this month, a regional gaming executive told Forbes that "Japan isn't Singapore," to explain that Japan will not give the green light to the rise of the casino industry in the country if the proposal will not have a widespread public consensus.

A strong success at the upcoming municipal elections could finally help Abe to get a wider support on the bill and to convince his junior coalition partner, the Buddhist-backed Komeito, to revisit their position and be open to the casino bill. During the past month, members of the Komeito party have repeatedly raised concerns about gambling addiction and explained that they would rather keep the issue off the agenda.

According to the Japanese government, however, the approval of the casino bill would help the country to find a better economic stability and to consolidate its growth after years of financial depression, as it is estimated that the launch of casino-based Integrated Resorts similar to the ones already in place in Singapore could generate an extra $40 billion in yearly revenues.

During the past months, international gambling giant MGM Resorts International presented their plans for an Integrated Resort in Japan. According to MGM Resorts president Bill Hornbuckle, the MGM group would be ready to invest in Osaka to create "a landmark destination attraction (...) uniquely Japanese, not a copy of an integrated resort from Las Vegas or Singapore."

A similar enthusiasm about the possibility to enter the Japanese gambling market came from casino mogul Sheldon Adelson, who said to be ready to spend "whatever it takes" to bring his Las Vegas Sands empire to Japan.

"Would I put in $10 billion? Yes," Adelson said during a media briefing during an investor seminar in Tokyo. "Would I rather do it at seven? Yes."

While the Japanese national parties debate about the opportunity to open the door to gambling, many of the country's municipalities seem to have already started a race to secure one of the Integrated Resorts that the law would allow.

"If this bill doesn't pass the current session of parliament, it will be hopeless," LDP lawmaker Takeshi Iwaya told Reuters on March 11. "I think the time limit will be up."

Crucial to capitalize on the flux of visitors that are expected to flock to Japan for the Olympics in 2020, the Integrated Resorts are already seen as a great resource to boost the country's tourism industry and help different parts of the country to diversify the local economy.

According to The Japan Times, Yokohama and Osaka may already be among the most determined ones to secure an Integrated Resort and to bet on the combination of gambling plus tourism.

"The Tokyo Olympics will bring lots of people around the world to Japan, and, along with an integrated resort, all of Osaka wants to have something for them," Governor Ichiro Matsui said in a press conference in February. Talking to reporters, Matsui explained that although the approval of the casino bill is not certain yet, "the prefecture still wants to open a casino by 2020."

Similarly, Yokohama Mayor Fumiko Hayashi publicly expressed support for the creation of an Integrated Resort on a plot of land about 50 hectares in size adjacent to the Yamashita Park.

Overall, it is believed that over 20 different municipalities have spoken positively about the possibility to help their budget with the launch of an Integrated Resort.

However, as Hornbuckle explained to Japanese media, a decision like the one to push for the approval of the casino bill "will take leadership."

"At some point someone is going to have to say 'this is important to us, let's push this thing forward,'" Hornbuckle said. "I think it does lose the momentum of a significant opportunity... so we would look elsewhere."

Please rate this news:
(85 votes, 3.7 out of 5 stars)
Previous publication
Next publication
Sign up to receive news